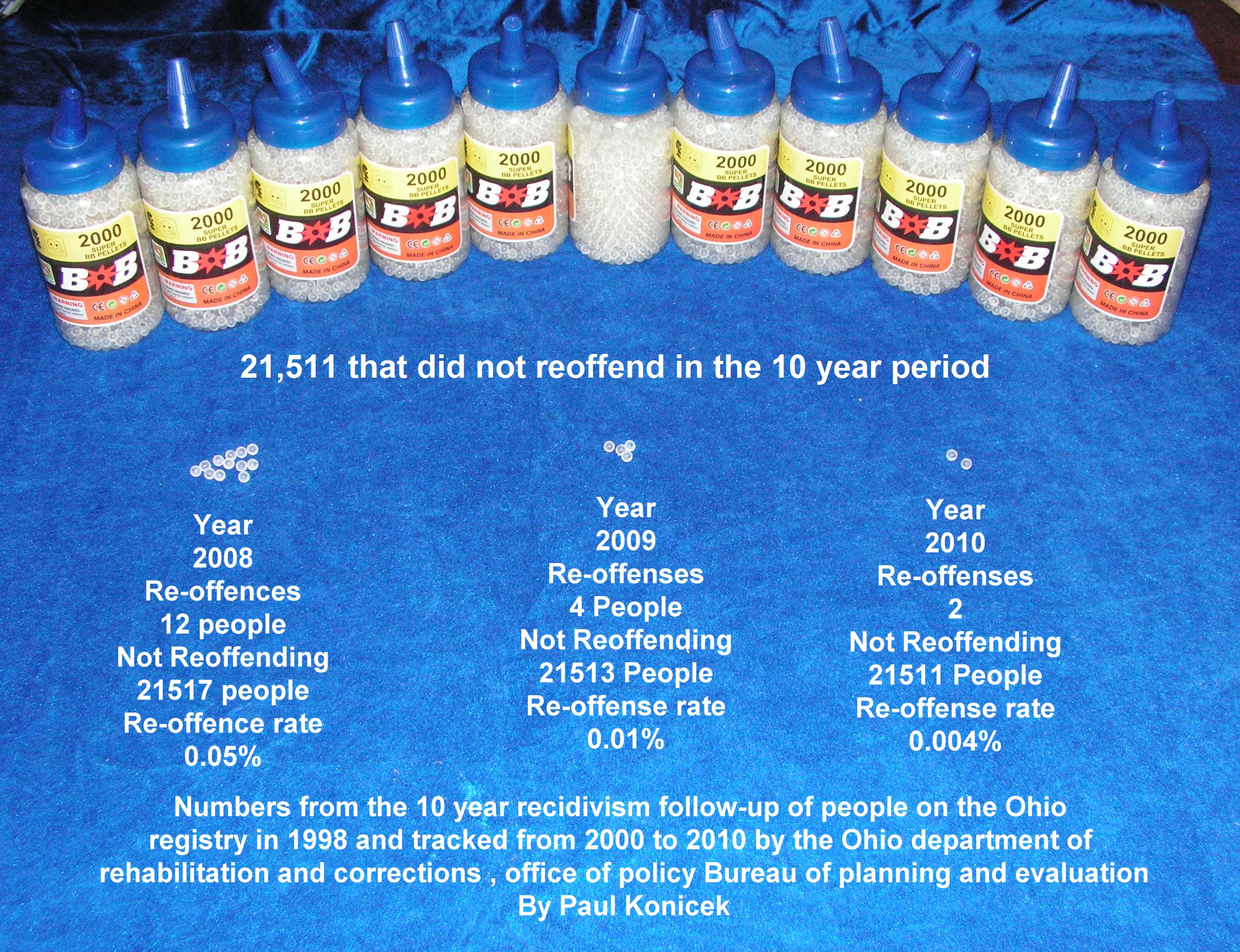 Each one of those BBs represents a person and each of those people probably have a child not to mention a spouse, parents, siblings and other relatives as well as friends and employers . That means that there are 21,511 families with children that have been damaged by the laws that are based on a Assumption of a high reoffending rate. That turns out to be less than 1/100 of 1% . So in fact the laws did not save a single child, because the registered citizens that went ahead and committed these new crimes did it with all the restrictions on them. But the sad fact is, these laws have damaged the 21,511 children and families. and this damage was done to these children, and families in violation of their constitutional rights. That is the way that this should be presented in my mind.

← “Weaponizing the Registry”: The many ways the registry is being used as a weapon
We are only as Free as the least Free among us. →

7 comments for “In Ohio over 21,500 Families were Damaged by the Registry”